Huma Qureshi remembers time spent with Madhuri Dixit in ‘Dedh Ishqiya’, ‘I used to watch her performance and couldn’t take my eyes off her’ 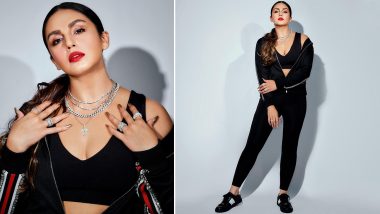 Mumbai, Sep 18, Huma Qureshi opened up about Bollywood superstar Madhuri Dixit and recalled her experience working with the ‘Ek Do Teen’ fame heroine in the 2014 black comedy film ‘Dedh Ishqiya’. In a conversation with Kapil Sharma, she told that she was shocked when she saw Madhuri on the sets of the film. “I used to watch his performances and couldn’t take my eyes off him. I think every girl watches him and when I got a chance to work with him, I was both nervous and excited.” Emergency: Kangana Ranaut, immersed in the role of Indira Gandhi, shares her heart, ‘You can’t be the same person back after playing a character’

Huma further added, “She is such a lovely person, she made the atmosphere very comfortable. She used to talk to me about her house and her kids, just like any normal girl and any normal housewife.” ‘The Kapil Sharma Show’ airs on Sony Entertainment Television.