Home NBA Raju Srivastav Passes Away: 'We have lost a gem': Condolences pour in...
NBA 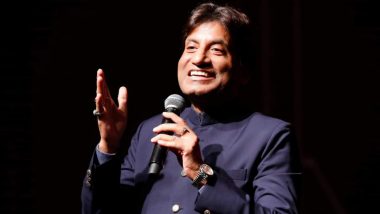 New Delhi, 21st September : As soon as the news of comedian Raju Srivastava’s demise, messages of condolence have started pouring in from his fans across the country. The first to react was Samajwadi Party leader Akhilesh Yadav, who said, “It is regrettable that Raju Srivastava is no more with us. He came from a poor family, but with his talent and hard work, he made a presence in the world.” .

There are very few talented comedians like him. I remember how he wanted to contest from Kanpur when he joined SP.” Srivastava was actually given a SP ticket for the 2014 Lok Sabha elections, but later returned it and the Indian public. joined the party. Also read: Raju Srivastava Passes Away: A wave of mourning spread across the country on the death of Raju Srivastava, leader-actor paid tribute

Filmmaker Madhur Bhandarkar tweeted, “Sad to hear the sad news of Raju Srivastava’s untimely demise. He made us all laugh with his amazing comic timing for so many years. We have lost a gem. To his family members and fans. I have deep condolences.” Apart from this, other celebs are also mourning the demise of the comedian.

we have lost a gem condolences pour in for raju srivastava